If we were having coffee...v2 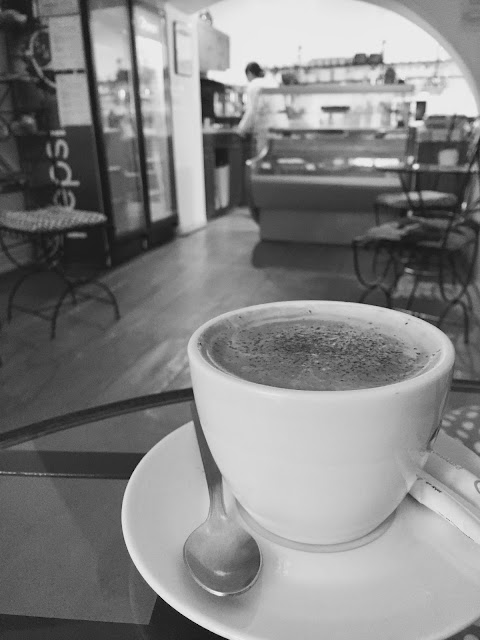 I've found that it's much easier for me to blog when I have a bit of a guide. Hence, the Currently series and now the second version of "If we were having coffee..." Hope you don't mind, dear readers! So grab your favorite coffee mug and let's chat...

If we were having coffee...I'd tell you that life has been CRAZY over here for the last few weeks. I wish I could show you my schedule from the last month. I printed out a schedule for the new students who arrived in mid-January (more on this in my next point), but it has been overtaken by blue ink as I've crossed out, written in, circled, noted, etc. ALL OVER IT. It's actually quite pretty in a neurotic type of way.

If we were having coffee...I'd tell you about the four American university students who are completing social work practicums under my supervision until mid-April. I'd tell you that it's been an enjoyable challenge from which I've already learned a lot. I've only supervised one student at a time (one in the fall of 2015 and the other in the summer of 2016), with the exception of a three-week group of 5 students in May 2015 Let's just say that there is a big difference between supervising one student and supervising four students, as if that's not fairly obvious. And like I said, it's been challenging, but I've come to this interesting place in my life where I've come to appreciate challenges. I understand now that being stretched and challenged isn't all bad. Yes, sometimes it feels like too much and I do get overwhelmed, but I've also learned (and continue to learn) how to keep going...

If we were having coffee...I'd probably talk, for a good hour or so, about my kiddos at the Veritas Kids' Club. I haven't been able to be there nearly as much as I'd like to be since the students arrived and I MISS THEM SO MUCH. I've been able to go about once a week, but it's just not enough. I miss so much and they're getting so big and I just want to be with them all of the time. From the start, I knew that Kids' Club wouldn't always be the main focus (of my work in Romania), but transitioning out of it has been harder than expected. I don't know if a group of children has ever captured me like these children have. I cannot get enough of them and their darling little faces, hearts, souls, etc. Insert the heart eyes emoji here.

If we were having coffee...I'd definitely tell you about my NEW NEPHEW!!! Is he not the cutest little thing?! So dang sweet. I cannot wait to snuggle him! My sister and I FaceTime A LOT these days just so I can "be there". He's sleeping the majority of the time when we FaceTime, but no complaints here. He's a cute sleeper. I'm working on arranging a short trip back to the States in the near future to see him...and the rest of my family :)


If we were having coffee...I'd tell you about my 2017 project. There's an app out there called 1 Second Everyday, which is a simple and fun app for documenting life. As you can gather from the name, it serves as a video diary of 1 second videos, which "stitches videos (and photos, if you prefer) together to document your life's journey". I stole that line from their website. Anyways, I tried to use this app last year, but I wasn't consistent and then kind of gave up. I decided to try again this year and I am LOVING it. I've only had one week where I was so busy that I forgot to record videos, but other than that, I've enjoyed finding little moments in my day to capture for this project. The video above is the complication of my videos from January. My goal is to share my monthly videos on the blog, but we shall see if I can blog often enough to do that ;)

Like last time, I've enjoyed our coffee date. Until next time...